The Jackson (MS) Alumnae Chapter of Delta Sigma Theta Sorority, Inc., a public service sorority, is rich in its heritage and rich in its depth of leadership and services. The Chapter is a member of the largest of sororities organized by African American women. Initially, the chapter was listed under the nomenclature of Alpha Chi Sigma Chapter.

The idea of organizing the chapter in Mississippi grew out of a group of close friends who had been active members of undergraduate chapters in other states: Alabama, Georgia, Louisiana, Massachusetts, Ohio and Texas. They needed eight Deltas to charter the chapter and after a long delay, on May 3, 1941; Clara Marjorie Allen, Willie Dobbs Blackburn, Elese Whitiker Blackman, Emily Johnson Hall, Thelma Weathers Johnson, Loraine G. Crawford, Nellie Burbridge Williams, and Aurelia Norris Young made history. The chartering ceremony was held in the home of Aurelia Norris Young, with the Southern Regional Director, Helen “Dolly” Work, conducting the ceremony. Aurelia Norris Young was elected the first Chapter President. Since the chapter’s chartering, these ladies of vision have attracted many well-known women and outstanding students to become members of the sisterhood. 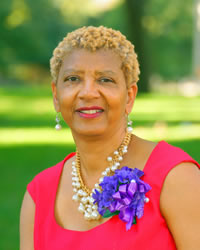